Warning: Declaration of wpdb_drivers::prepare($query, $args) should be compatible with wpdb::prepare($query, $args = NULL) in /var/www/versions/prod/Application/UILanding/blog/wp-content/plugins/wp-db-driver/inc/db-driver.php on line 0
 8 Decision-Making Insights from a Nobel Prize Winner - Decision.io Blog 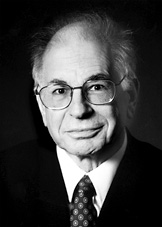 If you are a decision maker, or aspire to have such a responsibility in your career, this post is for you.

Daniel Kahneman is a winner of a Nobel Prize. He is the author of, Thinking, Fast and Slow, the book where many of these ideas are shared. You can actually read the book for free in PDF here. Much of what dictates today’s decision-making strategies are born out of the ideas of Kahneman himself. If I had to pick one human being in this world to listen to on matters concerning decision-making strategy, Daniel Kahneman is that individual. He has dedicated his life to this and it shows.

So, let’s get into it and supercharge your decision-making abilities!

Am I missing anything?

While I think Daniel Kahneman is at the forefront of his field, I recognize that there are many notable contributors to the field of decision making. Any insight from entrepreneurs, executives, and academics that you would add to this list? Share those thoughts below!

If something you read here is of value to you, there’s a good chance you can provide value to your community by sharing it with them. Feel free to share away!

We’re also on your favourite social media networks – see you there!